It’s official. This April, The Associated launched the 2020 Greater Baltimore Jewish Community Study, the first look in a decade at the characteristics, attitudes and behaviors of the Baltimore Jewish community.

The results, which are expected to be available in January 2020, will help The Associated and its agencies, as well as synagogues, camps, day schools and other local Jewish organizations, identify trends and emerging needs that will inform our current planning and policy decisions.

Feedback is being collected by The Associated’s research partner, the Cohen Center for Modern Jewish Studies at Brandeis University, from a large randomly selected sample of Jewish community members, via online surveys and telephone interviews.

Based on the results that emerge, The Associated will identify several core areas to further explore through in-depth analysis. Topics may range from connecting young adults Jewishly to poverty issues to helping individuals with disabilities. Over the next 10 years – from 2020 to 2030 – The Associated plans to conduct smaller studies that will help the organization better direct resources and create solutions to ensure our community thrives.

The Study is being co-chaired by Marty Himeles and Mark Neumann and conducted by the Cohen Center for Modern Jewish Studies at Brandeis University.

The previous Greater Baltimore Jewish Community Study was conducted in 2010 and played a significant role in shaping the future of Jewish Baltimore.

The past decade, the following programs were implemented in response to the 2010 Greater Baltimore Jewish Community Study.

In 2010, it became apparent that the Jewish population was moving beyond the traditional Baltimore Jewish neighborhoods. The Associated established an I-83 task force to make recommendations on how to best engage these individuals. Strategies included the expansion of programs such as the Macks Center for Jewish Education’s Community Connectors engaged young parents, who hold informal Jewish programming across town for their peers. Currently, there are 13 Connectors in Lutherville, Hunt Valley, Towson and downtown Baltimore, in addition to Pikesville.

The number of older adults grew significantly from 2000 to 2010, and individuals 85 years and older increased by 300 percent. That led the Associated to develop innovative solutions to help this population age securely in place. Through CHAI, The Associated introduced the Supportive Community Network and its first “village” Northwest Neighbors Connecting, and expanded Senior Home Repair into Pikesville.

The study revealed that connections between Baltimoreans and Israelis needed to be stronger. That led to the establishment of the Israel Engagement Center which aimed to provide Baltimoreans with meaningful opportunities to get to know and develop relationships with Israelis. Since its introduction, the Israel Engagement Center has placed Israeli Fellows on five Maryland college campuses and expanded its shinshinim program. This year, Baltimore was selected to be part of The Jewish Agency for Israel’s (JAFI) national pilot program, to establish a Shinshinim Hub in which the number of shinshinim increased from two to eight. These young Israelis will spend their gap year in Baltimore – in schools, synagogues and around the community – their culture and passion for Israel.

In addition, The Associated, funded Onward Israel and Masa, two programs that provide young adults with opportunities to live in and experience Israel for an extended period.

Recognizing the lack of connection to Jewish community and among non-Orthodox young adults, The Associated created Charm City Tribe. Charm City Tribe meets young adults where they are – in bars and in restaurants – to explore their Jewish journey – and creates innovative programming that inspires and deepens Jewish connection.

More Support for People with Disabilities and Their Families

According to the 2010 Community Study, approximately one-fifth (21 percent) of families accessed at least one service for a family member with a disability. In response to the need for better information on community resources for people with disabilities, The Associated established the Baltimore Jewish Abilities Alliance (BJAA), housed at the JCC. BJAA includes a website that provides resources and information for navigating disabilities throughout the life cycle.

Since its establishment in Baltimore, the JAA was launched in four additional cities including South Palm Beach and Broward County, FL, Atlanta and South Jersey, creating additional revenue for The Associated. 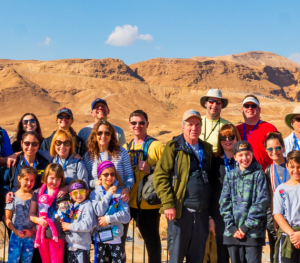 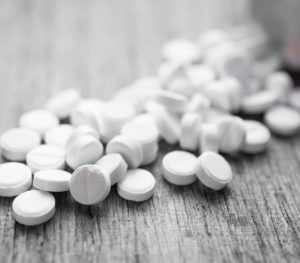 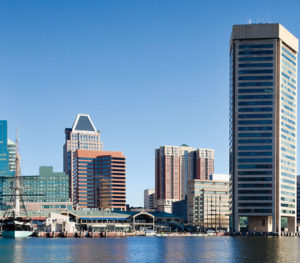 For the past four summers, I have been in charge of running the summer reading program offered by the Macks Center for Jewish Education (CJE), an agency of The Associated. Right after Pesach I typically reach out to a few different family entertainment venues and find a […]

This month, The Associated: Jewish Federation of Baltimore released its most comprehensive findings about the Baltimore Jewish community in the past decade. Designed to better understand the changing landscape of Jewish Baltimore and its emerging needs, the 2020 Community Study – Foundation of Our Future: […]

The coronavirus pandemic has caused us to reevaluate our options for entertainment, work and social interactions. As we continue to cope in different ways, many of us have seized the opportunity to relive family moments by sharing old photographs and retelling personal stories, leaving us […]

From Sustainability to Cooking Classes: Virtual Ways to Celebrate Shavuot

See how The Associated is working to ensure the health and safety of our community during the COVID-19 crisis: